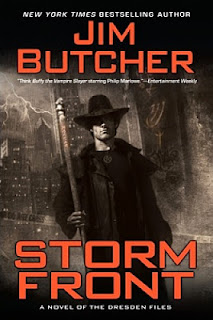 Why I read it:
I've lost count of the number of people who have recommended this book to me. I had to check it out eventually.

Harry Dresden is the star of “The Dresden Files,” a wizard and private investigator from Chicago with a ridiculous knack for trouble. The book takes place over five days that speed by: in them, Harry basically rushes from place to place, wisecracking while dodging threats from all sides. To me, the plot seemed absurdly rushed, although I think it was done deliberately. Otherwise, it was a well-crafted tale with predictable elements: He’s making a love potion he’ll never have to use! Oh wait... He’s putting an amulet in his desk where it won’t hurt anyone! Oh wait...

But looking back, I realise the only people who recommended this book to me were guys. And that’s not surprising at all.

Harry is repeated described as a cool, hyper masculine character. On the cover, he’s your classic action-hero: chiselled jaw, long dark coat. But he spends a lot of book one scraping together just enough money to pay his rent; it’s clear he can’t afford a gym. He repeatedly describes himself as ‘old-fashioned’ (which clearly translates as sexist) and revels in his ability to treat ladies like the gentle sex they are, even when this pisses them off. Not surprisingly, he also spends a fair while musing over how incomprehensible women are, because this is what cool action wizards do. Sometimes he does this in his man-cave, while making potions with the leering spirit Bob. Otherwise, they talk magic – or sex. Towards the end of the book, Harry even manages to monologue this monstrosity: “A man’s magic demonstrates what sort of person he is, what is held most deeply within him. There is not truer gauge of a man’s character than the way in which he employs his strength, his power.” Right. Do women not do magic then? Constructions like that really piss me off, and in the 21st century, everyone should know better. Even old-fashioned wizards from Chicago.

There are also problems with the female characters throughout this book. Practically all are defined by their gender. There is Susan Rodrigiez, the savvy journalist, who uses “her charm and femininity relentlessly in the pursuit of her stories.” There is Linda Randall, the super-sexualised prostitute, who actually purrs “And I like a man that just won’t stop” in the middle of a serious conversation. There is Bianca, the ‘vampiress’: a powerful player in the underworld, whose main concern in life is being considered beautiful. Riiight. Last up is Lt. Karrin Murphy, the hardened detective.  Admittedly a cool character (although I dislike how often she was described in terms of her ‘cute nose’ and ‘ladylike fingers’), she still had to be rescued by a man at the end of the book.

I daresay this book would appeal to most guys who like fantasy, especially the urban stuff. Still, it is a major gender fail. I certainly wouldn’t buy it for anyone. 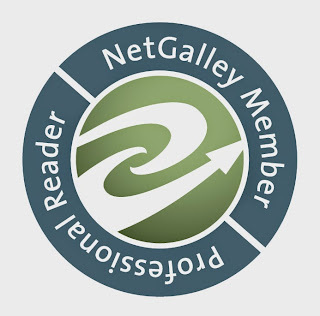